Pin Point Heritage Museum
Pin Point was a Gullah/Geechee community founded by first-generation freedmen. They were isolated and self-sustaining, their lives very connected to the water-fishing, shrimping and oystering. The museum was once the Varn and Sons Oyster Canning Factory. The guide, exhibits and video interviews were all very well done. 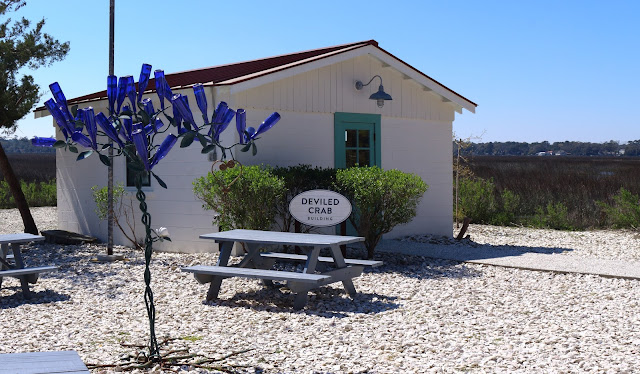 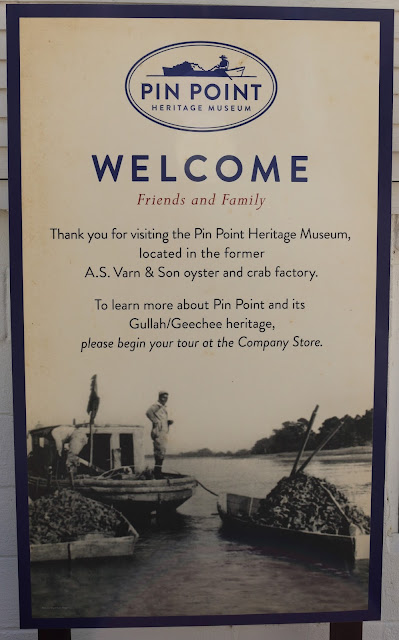 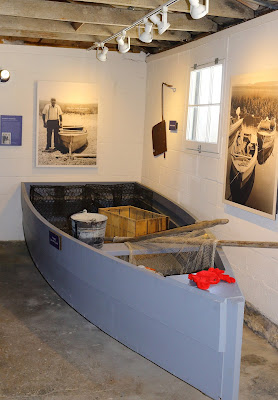 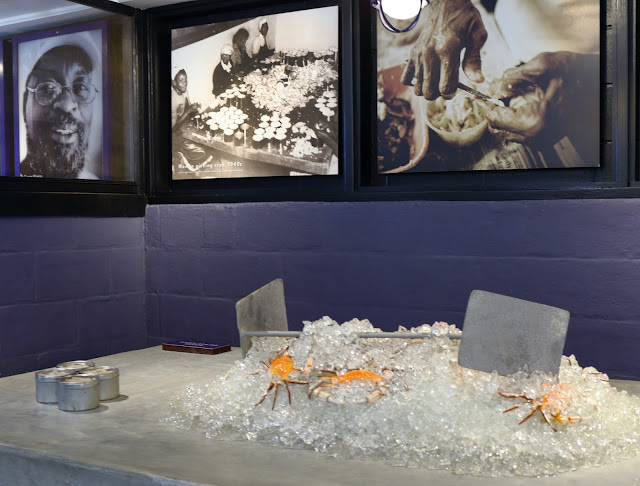 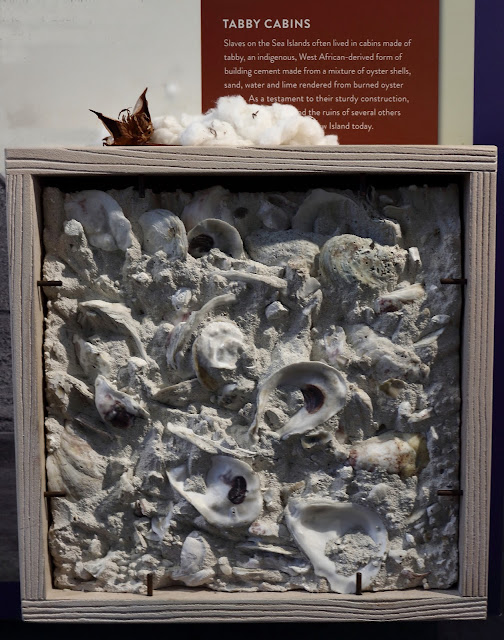 Tabby is a type of concrete made by burning oyster shells to create lime, then mixing it with water, sand, ash and broken oyster shells. It was used as a building material throughout the sea islands of the Southeast US. 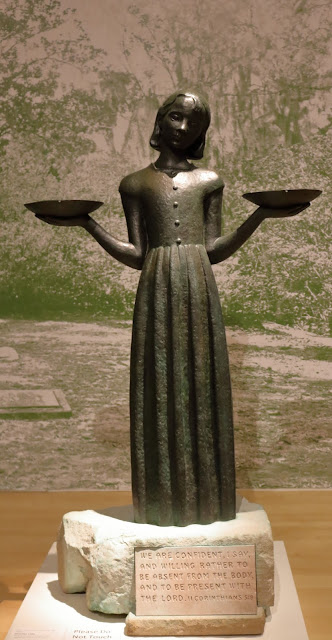 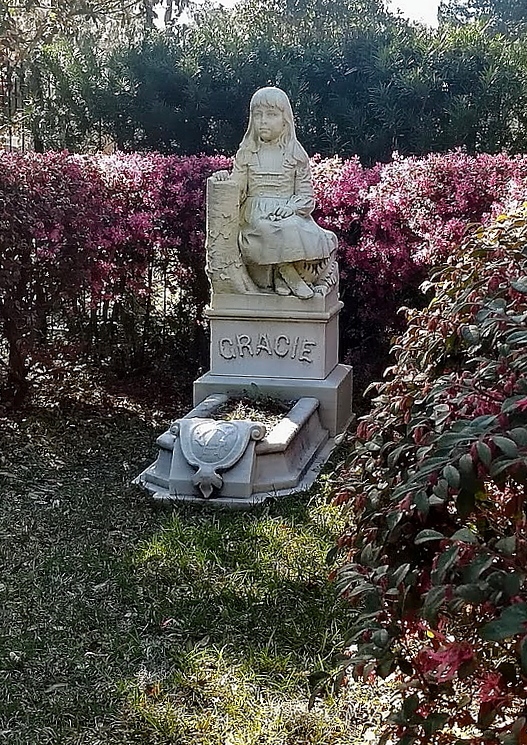 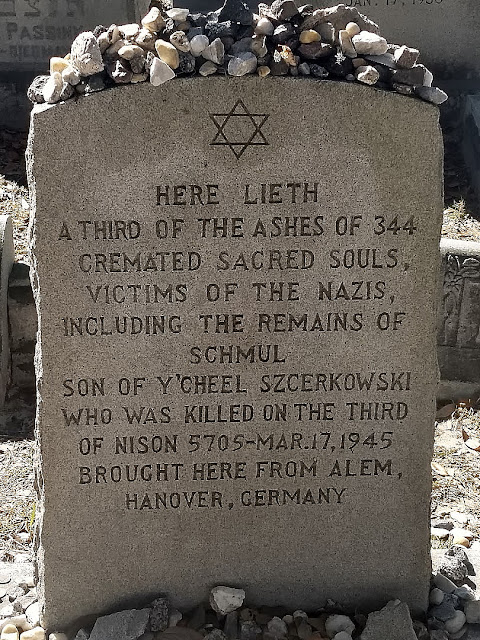 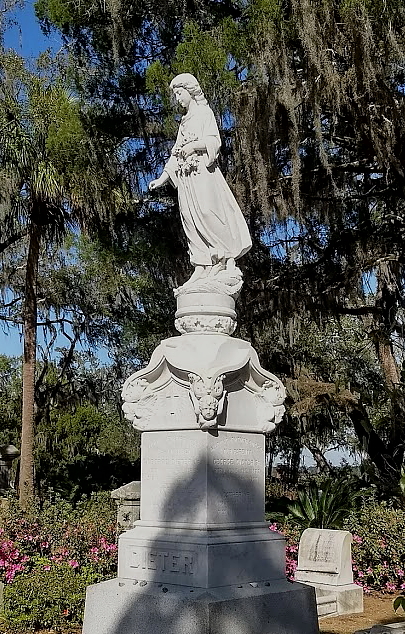 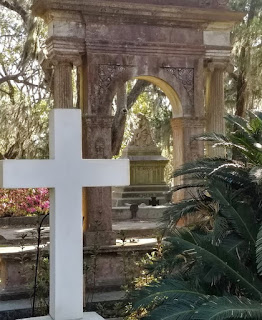 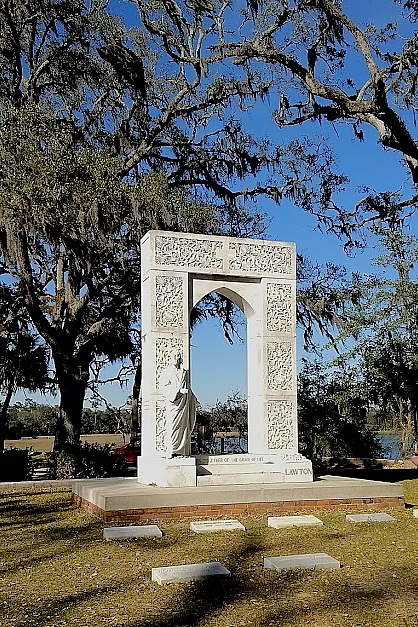 
Savannah was planned as a grid by its founder General James Oglethorpe with open squares placed at regular intervals. Each square was surrounded by eight residential blocks. The city began with 4 squares and as it grew the pattern was extended. There are 22 squares surviving of the original 24 in the historic center of the city. 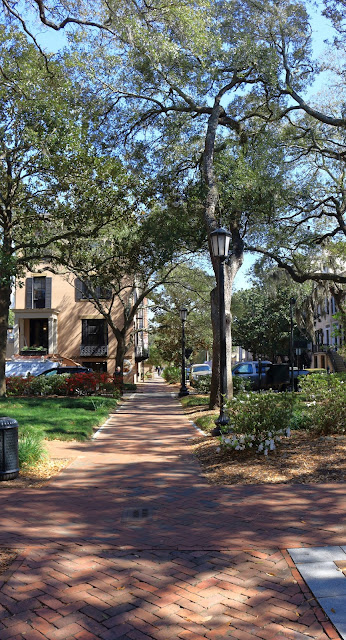 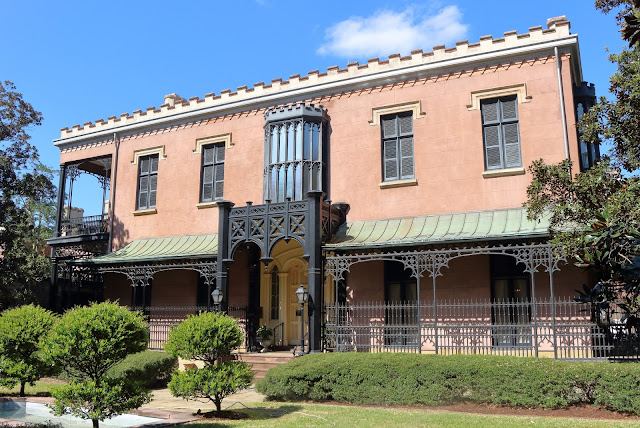 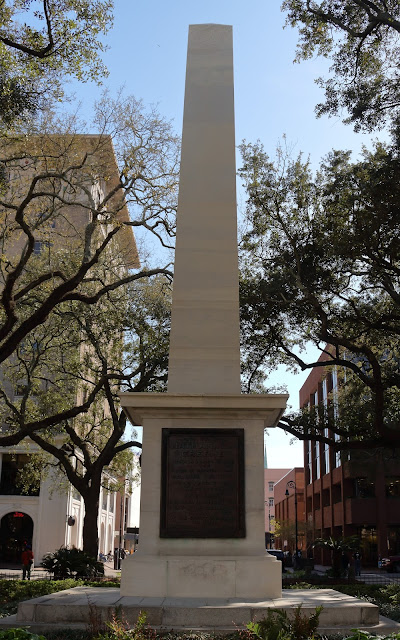 For any history buffs...Rhode Island's Revolutionary War hero is interred in Savannah...


Quoted from the monument-


Beneath the monument in this Square repose the remains of Maj. Gen. Nathanael Greene, of Rhode Island, who died near Savannah on June 19, 1786, at Mulberry Grove Plantation which had been granted to him by this State in appreciation of his services in the Revolution.


The 50-foot, white marble obelisk, designed by the well-known architect, William Strickland, was completed in 1830. The original cornerstone was laid here on March 21, 1825, by Greene's old friend, the Marquis de LaFayette. At the dedicatory ceremony General LaFayette said:
"The great and good man to whose memory we are paying a tribute of respect, affection, and regret, has acted in our revolutionary contest a part so glorious and so important that in the very name of Greene are remembered all the virtues and talents which can illustrate the patriot, the statesman, and the military leader..."
General Greene's remains were originally interred in the burial ground now known as Colonial Cemetery. His exact resting place was a matter of doubt and speculation for many years. The remains of the famed Revolutionary hero were found in the Graham vault in 1901, and were reinterred beneath this monument the following year.
From Diane: Nathaniel Greene died of heat stroke.
(He should have moved back to Rhode Island...)

Savannah has the 2nd largest St. Patrick's Day celebration in the US. They start celebrating a week in advance when they color the water green in all the city fountains. Everyone is out drinking and they call it St. Practice Day weekend. 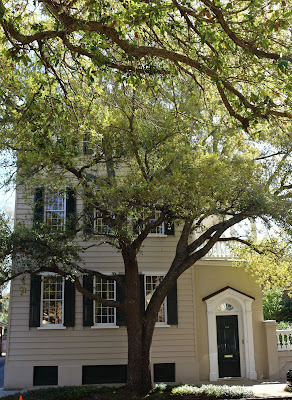 The Charleston single house is an architectural style associated with Charleston, SC and refers to homes built one room wide with double covered piazzas  (porches). The homes can be many rooms long and multiple stories high,  but they always sit with the narrow part of the house facing the street. The front door doesn't open to the house, but rather to the ground floor of the piazza/porch.


Posted by casita aventuras at 8:50 PM