Today in Beloxi, Mississippi, we visited Beauvoir, the home of Jefferson Davis, the first and only president of the Confederacy. Beauvoir means "beautiful view" and indeed from the front porch there is a wonderful view of the bay. The beach has the most perfect sand. 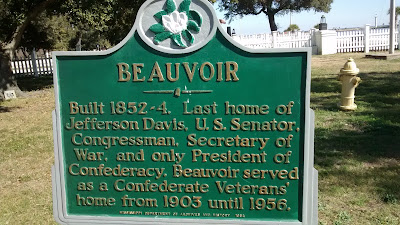 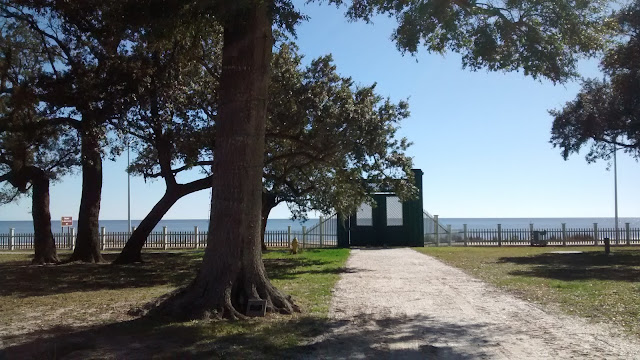 Before the Civil War, Jefferson Davis was a U.S. senator from Mississippi and had also been Secretary of War. Once Mississippi left the union, he resigned from the senate as a much respected member, returned to Mississippi and became president of the Confederacy.


At the end of the Civil War, Davis was captured and imprisoned for two years. Some time after leaving prison, being without resources, he rented a small home on the property of Beauvoir from a family friend in order to write. He later agreed to buy the estate. The owner died shortly after and actually left Beauvoir plus other property to him in her will because of her great admiration of his character and their friendship. Her sons were not happy and sued! Davis took out a loan to pay the sons the previously agreed price.

Beauvoir was built 8 feet off the ground for "air conditioning" reasons, (I take that to mean, breezes) but had 18 inches of water in the house from the storm surge of Hurricane Katrina causing much damage. The outside of the building is still being repaired. 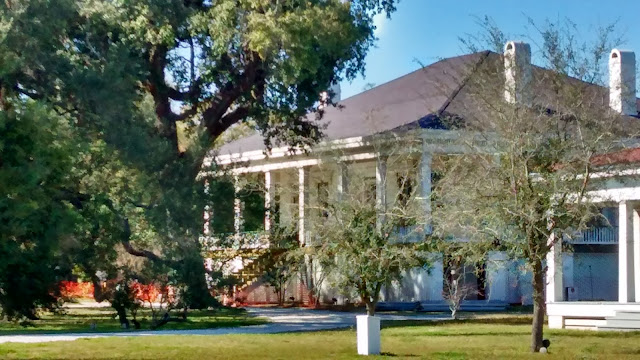