We arrived at South Padre Island on Thursday, so we are just about at the southern most spot in Texas.  We are staying in a more developed area at a KOA among all the "big boys", recreational vehicles which are 30-40 feet long, outside TVs, towing their cars etc. The weather has been lovely, 70's.

Yesterday we went to Laguna Atacosa National Wildlife Refuge which is on the coast of mainland Texas and had a very informative 3 hour tour. We were surprised it had so many visitors as the last 5 miles of road were terrible! The refuge covers four ecosystems (North-thronscrub forest, South-tropical, East-coastal wetlands, West-desert)  has a diverse bird population and provides habitat for several endangered species, including the ocelot and aplomado falcon. The photos of the green jay, roadrunner (we also saw the coyote), alligator
and "horse-crippler" cactus are all from the park. 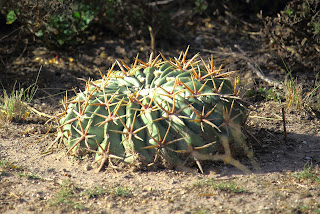 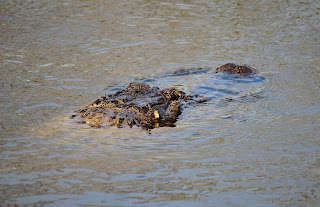 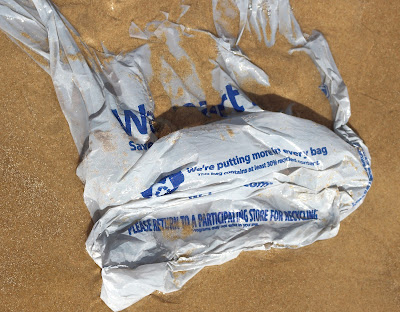 Today we visited a sea turtle rehabilitation center and then headed to the beach. We were so lazy that we drove our truck right onto the beach along with all the other lazy people.  We walked the beach and  picked up some trash, especially those flimsy plastic grocery bags that the turtles eat because they look like jellyfish. I can totally understand mistaking them for jellyfish! Needless to say they are not good for the turtles. or other marine creature.  I think George has a photo of one of the bags where someone has NOT followed the directions printed on the bag! 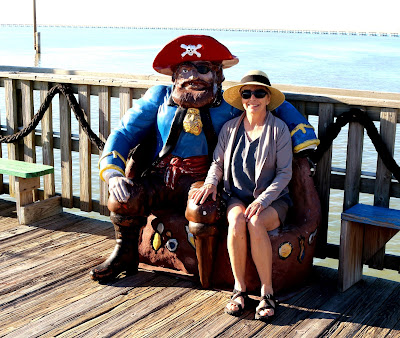 Estoy haciendo amigos con un pirata. (I hope this says what I was hoping to say...)


Posted by casita aventuras at 4:19 PM