We are camping in a tropical paradise! 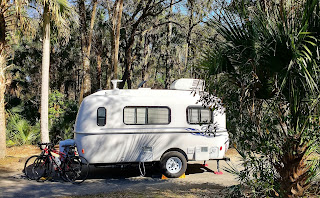 We rented a tandem kayak to go down 7+ miles of the spring fed stream which started from our camping area. The stream starts out so shallow that I was out of the kayak a number of times pulling it over sandbars until tributaries added more water and depth to the stream. It was really a beautifully untouched area of the Ocala National Forest. The water because it was spring fed is just so clear. 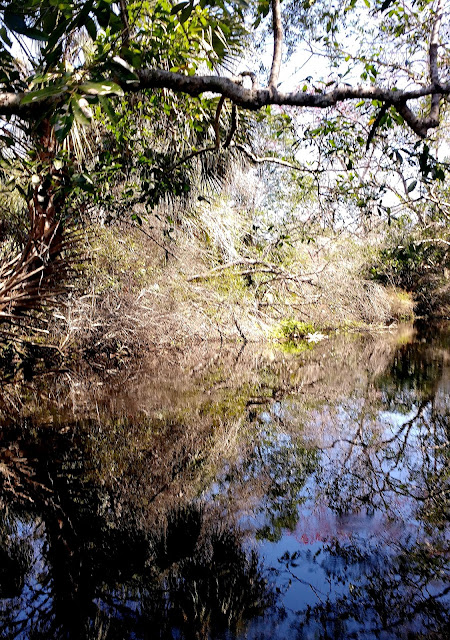 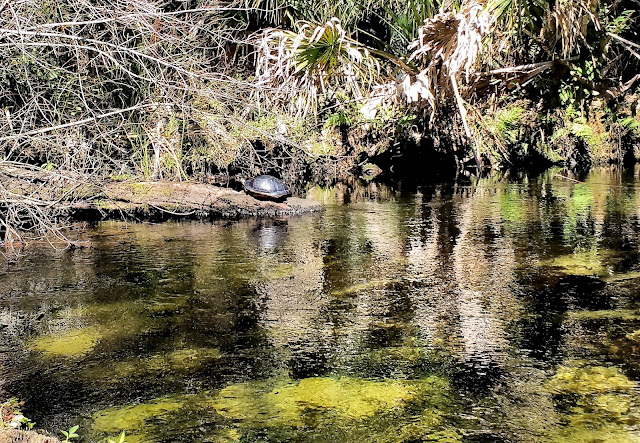 They did warn us, “Do Not try to walk out through the forest if something goes wrong. Just sit and blow your whistle!” There were numerous downed trees to get under and one set of small rapids that I worried far too much about. We saw tropical vegetation, fish, birds, many large turtles and a few alligators. I was tired by the end of the run. I had George’s phone to take pictures, so it took me too long to take it out and do what had to be done to get any pictures of the alligators, but I finally got a few pictures of the turtles...and the vegetation was very cooperative.

We visited a horse farm in Ocala, Florida for a tour. They breed Gypsy Vanner horses, which were originally the horses of the Romani, Travelers, Gypsies of the British Isles. They used them to pull their caravans. The horses were beautiful as was the farm. 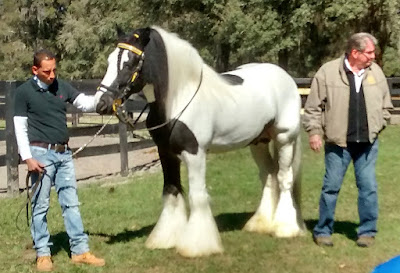 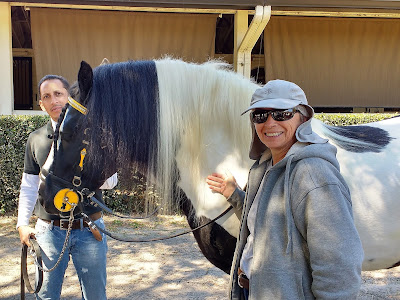